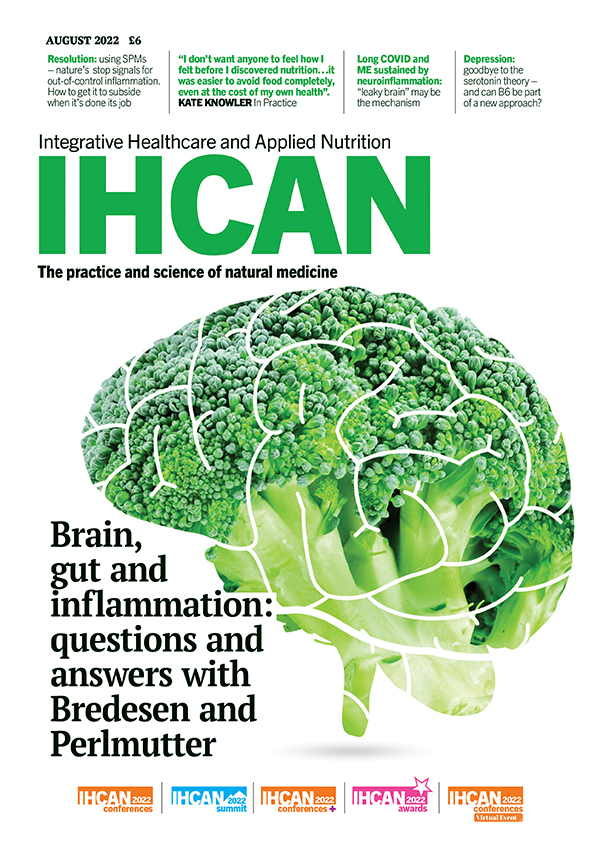 It’s another of those “you couldn’t make it up” moments. A major “umbrella” review fronted by University College London’s Prof Joanna Moncrieff has concluded that there is no evidence that depression is caused by low serotonin levels.

This is strange, considering that the most often prescribed anti-depressants – and they are prescribed a LOT – are SSRIs, or selective serotonin reuptake inhibitors, a class of drug that has made literally billions for Big Pharma (see news story, page 6).

You may have thought this would send shockwaves through the medical community – especially given that, according to a 2020 study, 11% of Brits are taking at least one antidepressant a day. That’s 2.1 billion doses of antidepressants prescribed every year. Prescriptions have doubled in the last decade. But here’s the “you couldn’t make it up” part two. Reactions from medics have included, “Yeah, we’ve known that for years”, “This isn’t that surprising”, “So what? The important thing is, they work” and “We do know that they must work somehow”.

Quite the pushback. The NHS does seem to agree, telling patients, “These medicines are thought to work by increasing the levels of serotonin in the brain” (emphasis added).

But: “Studies show that as many as 85-90% of the public believes that depression is caused by low serotonin or a chemical imbalance”, say Moncrieff and colleagues. And that’s really the point. Most antidepressants are prescribed by GPs, and patients who receive an SSRI believe they are suffering from a chemical imbalance. If doctors know that depression is NOT due to a serotonin imbalance and that antidepressants should be PART of a multi-factorial approach, then they are certainly not communicating that to patients. “Chronic prescription” (ie prescription of antidepressants for more than five years) leading to dependence is a known problem, while coming off them can also be difficult.

Whether antidepressants in general and SSRIs in particular work as effectively as we’re led to believe may be a separate issue. These sometimes life-savers are also known to have an unfortunate side-effect of also-sometimes increasing suicidal tendencies in young people. It’s surprising that the most-cited meta-analysis, published in the Lancet, concluded rather underwhelmingly, “All antidepressants were more efficacious than placebo in adults with major depressive disorder”. The analysis included 552 studies of 21 different antidepressants, which sounds impressive – but is tempered by the fact that all those reports provided data
on only 116,477 patients. Hardly seems enough for drugs that cost the NHS £35m a month (April 2020 figure).

Want to know what Integrative Healthcare & Applied Nutrition (IHCAN) magazine is all about? Click the cover on the right for a free digital version of our August 2018 issue.

Prefer to read a PDF? Click here for a free PDF of the August 2018 issue. 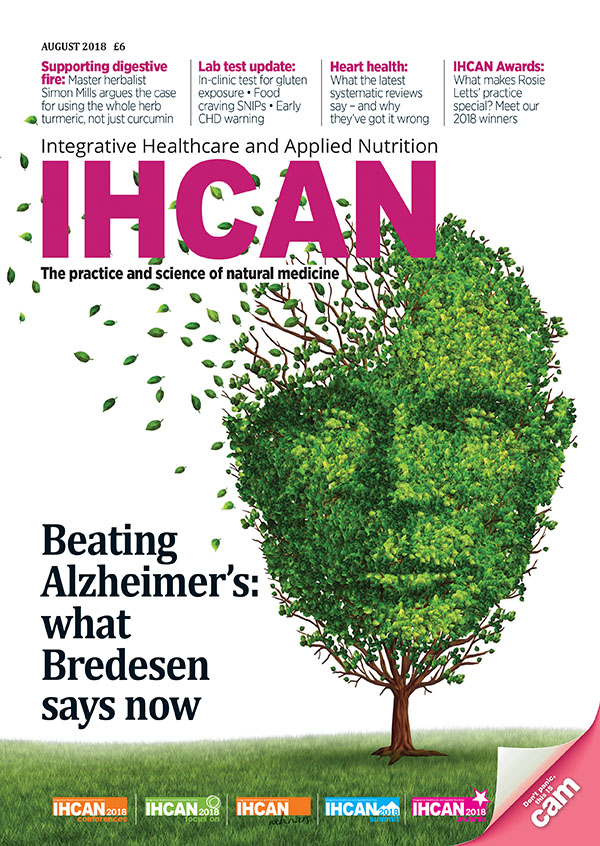 To the UK’s only monthly magazine for IHCAN practitioners and students – there are special discounts for students and members of professional associations.
Subscribe

We plant a tree for every magazine subscription we sell.

Click one of our contacts below to chat on WhatsApp

WhatsApp Chat is free, download and try it now here!